Video classification, or in our case, more specifically, action recognition, are studied for a long time. There are many traditional as well as deep learning based method developed to address this problem, and the latest action recognition result trained on a large dataset Kinetics can even reach 98% accuracy. Considering the fact that the action we need to classify is not too much, giving enough data and using the pre-trained model on Kinetics, the result can be quite promising. 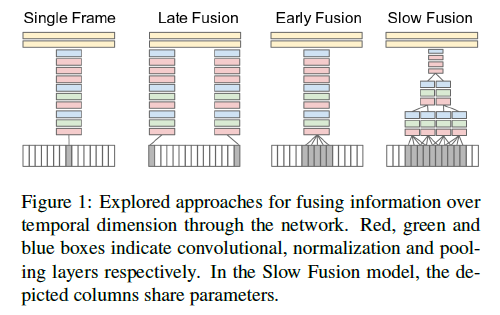 There are four ways of fusion, which means combine the information from each frame together to derive the final answer. They are:

Video can naturally be decomposed into spatial and temporal components.

Firstly I’d like to show a graph which shows an overview of all previous action classification architectures drawn in the paper Quo Vadis, Action Recognition? A New Model and the Kinetics Dataset.

To summarize, there are these kinds of improved methods: 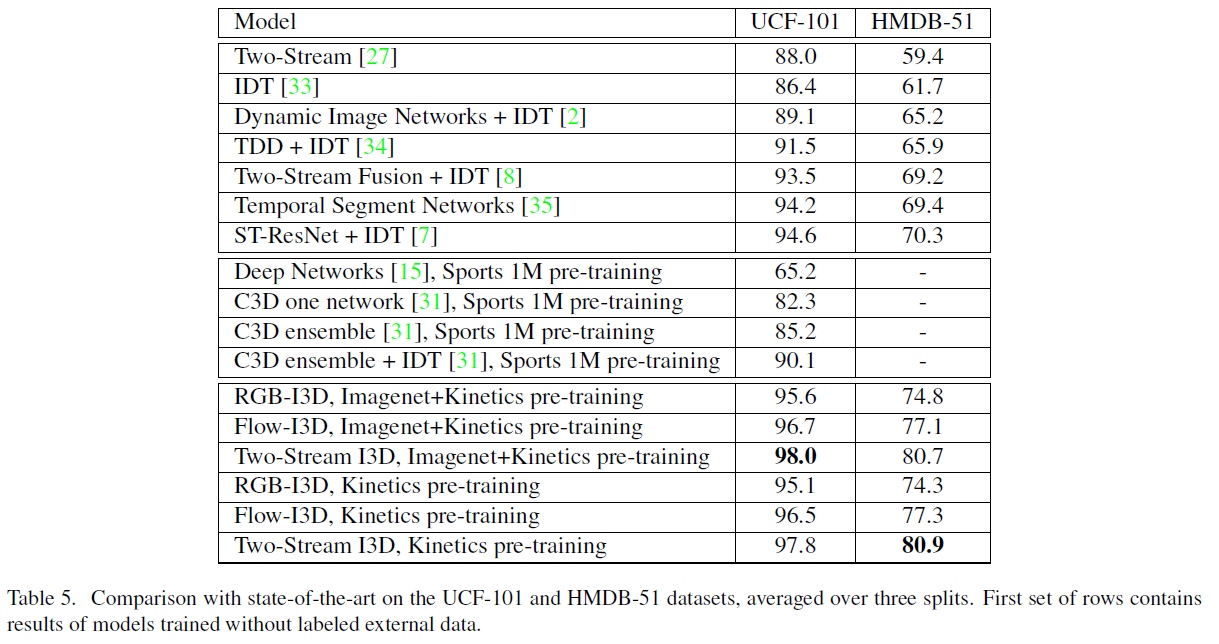 As we can see from the analysis above, the I3D is the most computational efficient and accurate method. Also, the pre-trained model of I3D is provided by the author, so we can also take advantage of it. Now I think we should collect enough data of the corresponding action. Moreover, I noticed that there are many new method on Temporal Action Proposals, Temporal Action Localization and Dense-Captioning Events in Videos appearing this year in the competition ActivityNet, I may research into it to get better result later.